– It is a state within the United States of America.🇺🇸
– It is a peninsula.
– It is bordered to the west by the Gulf of Mexico, to the east by the Atlantic Ocean, and close to Bahamas, to the northwest by Alabama, to the north by Georgia and to the south by Florida Keys, close to Cuba.🗺
– The capital is Tallahassee.
– The largest city is Jacksonville.
– The largest metropolitan area is Greater Miami.
– The highest elevation is Britton Hill 345ft (105m) Our Everest!🏔🤣
– Florida is divided in 67 counties.
– It is known as a swing state, but it is been a Republican State since 1999.
– Apart the ocean waters Floridians and people who in this state can enjoy the numerous springs, focused in Central and North Florida.
-Some of the famous animals from the Sunshine State are the Florida Panther, the manatee, the American Alligator 🐊, Loggerhead turtle , the Gopher tortoise 🐢 or the zebra longing (butterfly) among others.
– There also some invasive animals such as the Burmese python 🐍 in the Everglades, the Lion fish of the Fire Ants.

I hope you enjoy some of the Floridian facts! 🥳 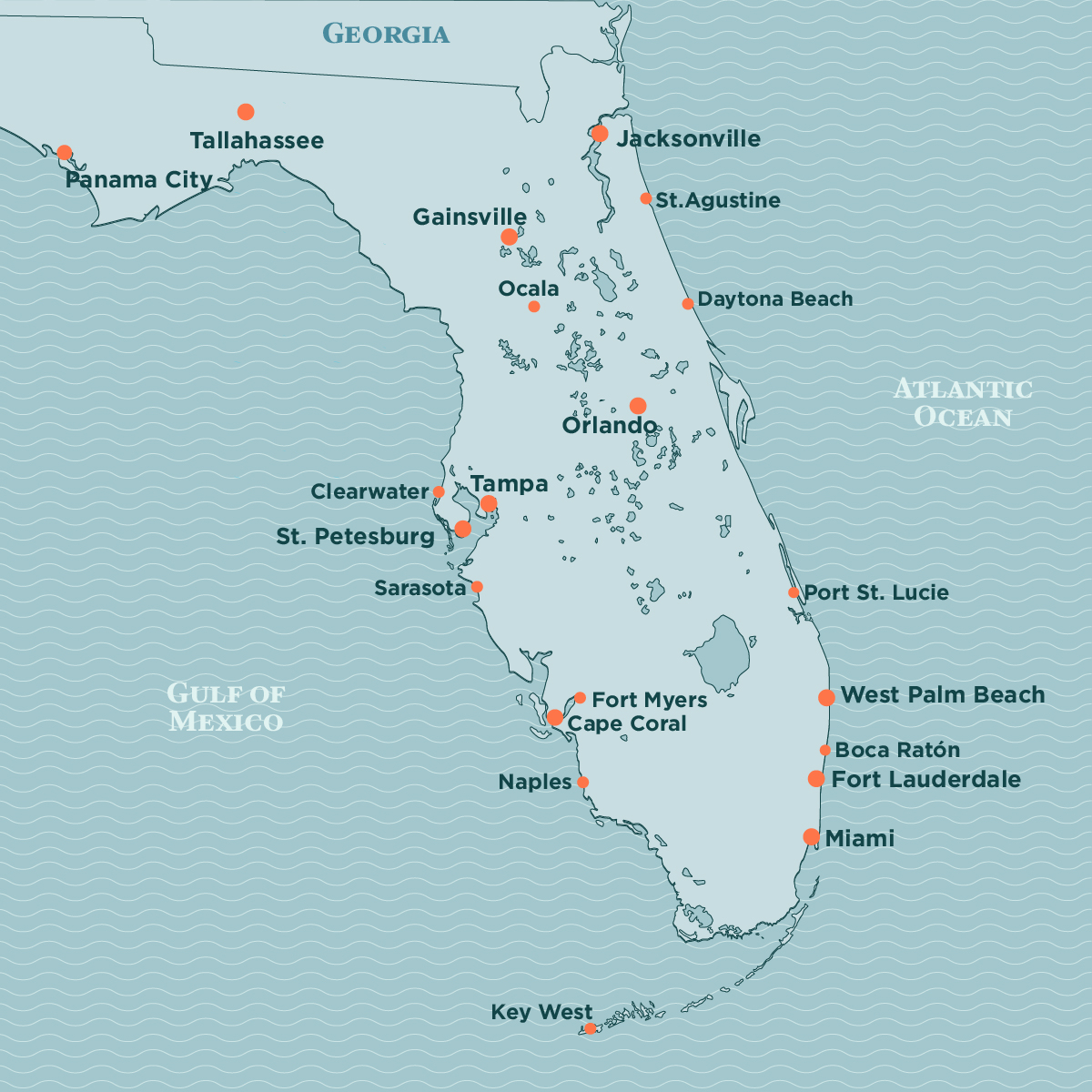